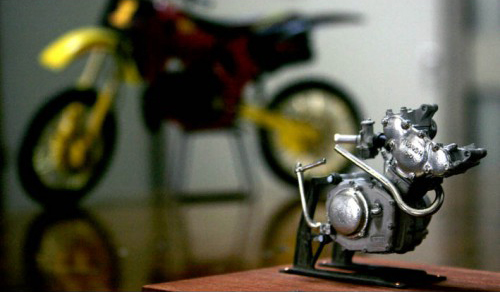 The main surface difference with the latter term model,

1.Shape … of the crankcase
The latter term model becomes the shape that the back swelled by the change of the shift gear.
2.Crankcase width …
Because a transmission was made the eighth speed than a medium-term model, as for the model, there are more one piece of fin than a type 3 that is wider about 30mm width than the fifth-speed initial model (as 1/9 about 3mm) in the latter period in cylinder … early days. By the way, I put it in the latter term model and, as for the boa, was extended 0.4mm, but am not reproduced to the cylinder inside.
4.Engine mount … of the cam cover
A shape, a position are changed.
5.Position … of the point
I move from a head to a crankcase than a medium-term model.
6.Pro-intake and exhaust …
An initial model, a medium-term model seemed to include both specifications of a scrambler type, the road racer type. In the initial model, an up scarf, the street scrambler of the PW cab with the air cleaner attached the racing kit called Y parts by default and were done with racer specifications. The road race specifications that attached the Y parts such as CR cab or the down scarf from from the beginning came to be sold together when it became the medium-term model, and only road race specifications were sold to a type in the latter period when it was.
As this model is an initial model, I reproduce an up scarf, the type of the PW cab. 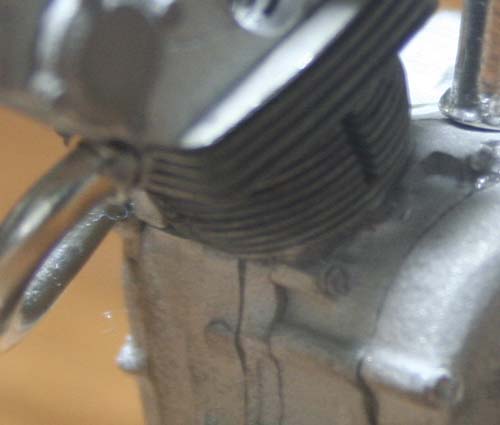